Workshop Machine Learning for Coatings: ML in the Lab (day 5) 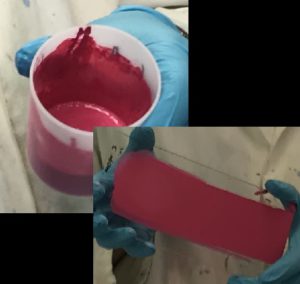 On the fifth and final day of the workshop we return to the lab. Our task as a group: optimize our raspberry pink lacquer with regard to hardness, glossiness and chemical resistance.

The four cans of base material made during day 1 of the workshop were mixed to make sure we were all using the same base material (there are already sufficient noise introducing variables present, so any that can be eliminated should be.). Next, each team got a set of recipes generated with the ML algorithm to create. The idea was to parallelise the human part of the process. This would actually also have made for a very interesting exercise to perform in a computer science program. It showed perfectly how bottlenecks are formed and what impact is of serial sections and access/distribution of resources (or is this just in my mind? 😎  ).  After a first round of samples, we already tried to improve the performance of our unit by starting the preparation of the next batch (prefetching 😉 ) while the results of the previous samples were entered into the ML algorithm, and that was run.

At the end of two update rounds, we discussed the results, there were already some clear improvements visible, but a few more rounds would have been needed to get to the best situation. A very interesting aspect to notice during such an exercise, is the difference in the concept of accuracy for the experimental side and the computational side of the story. While the computer easily spits out values in grams with 10 significant digits, at the experimental side of the story it was already extremely hard to get the same amounts with an accuracy of 0.02 gram (the present air currents give larger changes on the scale).

This workshop was a very satisfying experience. I believe I learned most with regard to Machine Learning from the unintentional observation in the lab. Thank you Christian and Kevin! 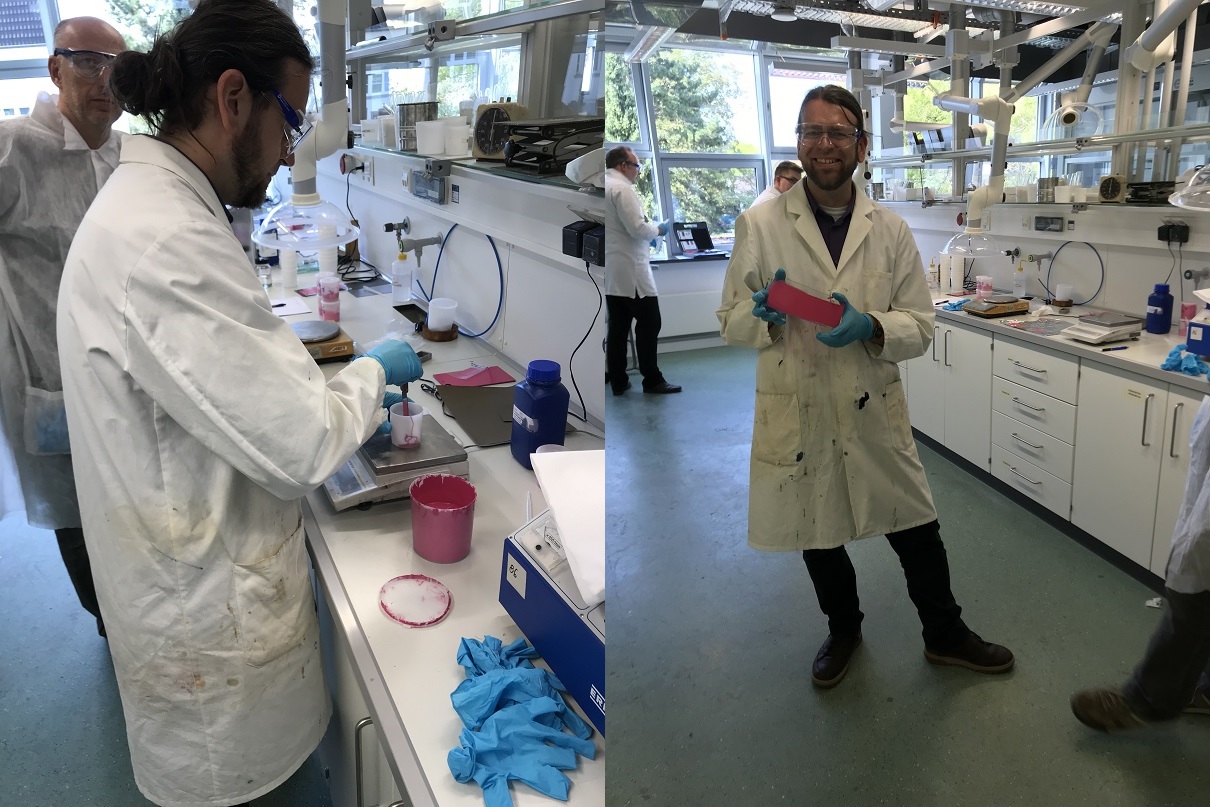