2020 will forever be the year of viruses for me and a lot of us. At Maastricht University, the year started with a university wide cyber-attack with ransomware. After the computer-viruses came the human viruses, with COVID-19 shutting down one country after the other, and shutting down education systems as well.

Hopefully 2021 will be better behaved, though we know already some of the hurdles which will make life interesting the coming year. COVID-19 is far from over, and it will take at least a year to vaccinate everyone. Furthermore, as of the first of today, the United Kingdom is no longer a part of the EU, making travel inside Europe a little harder again.

But before we launch into these new and interesting times, lets look back at 2020 one last time, keeping up with  tradition. What have I done during the last year of academic merit.

1. Publications: +6 (and currently a handful in progress) 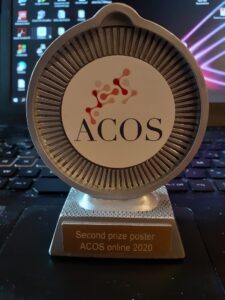 With regard to conferences, 2020 was the year everyone came into contact with the concept of the online conference. Many conferences and events got canceled: such as TEDx@UHasselt (which will return in 2021)

2019 has come and gone. 2020 eagerly awaits getting acquainted. But first we look back one last time, trying to turn this into a old tradition. What have I done during the last year of some academic merit.

Last Tuesday? I had the pleasure of competing in the casting keynotes competition of the TEDx UHasselt chapter. An evening filled with interesting talks on subjects ranging from the FAIR principles of open-data (by Liebet Peeters)  to the duty not stay silent in the face of “bad ideas” and leading a life of purpose. An interesting presentation was the one by Ann Bessemans on visual prosody to improve reading skills in young children as well as reading experience, more specifically the transfer of non-literal-content, for non-native speakers. There was also time for some humor, with the dangerous life of Tim Biesmans, who suffers from peanut-allergies. For him, death lurks around every corner, even in a first-date’s kiss. During my talk, I traced the evolution of computational research as the third paradigm of scientific discovery, showing you can find computational research in every field, and why it is evolving at its break-neck speed.

During the event, both the public and a jury voted on the best presentation, which would then have to present at the TEDx UHasselt in 2020.

And the Winner is …drum roll… Danny Vanpoucke!

So this story will continue during the 2020 TEDx event at UHasselt, and I hope to see you there 🙂 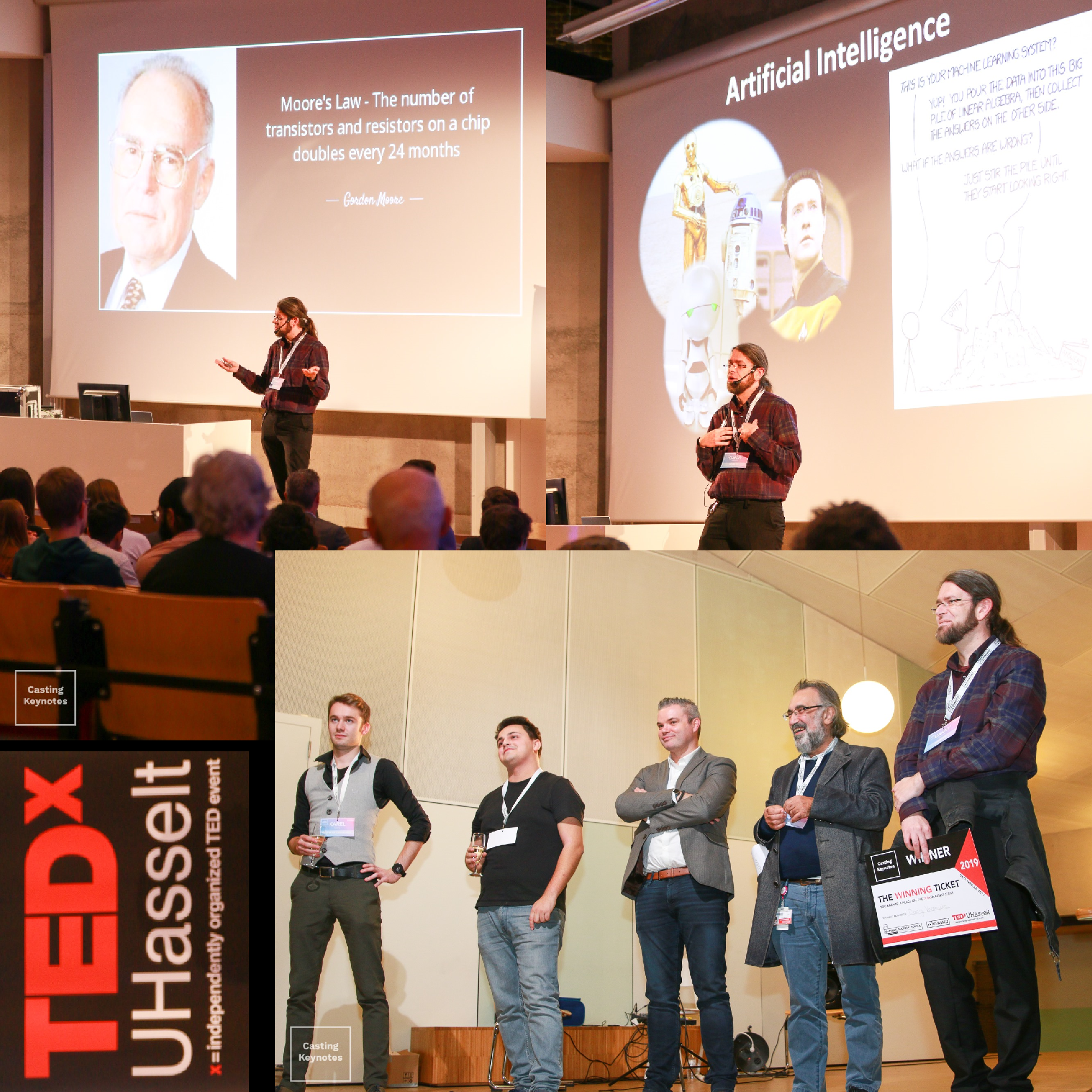 top: Full action shots of my presentation. Moore’s Law as driving force behind computational research, and pondering the meaning of Artificial Intelligence. Bottom: Yes, I won 🙂 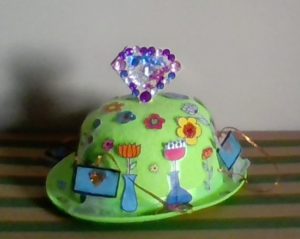 I was invited to represent Hasselt University (and science communication done by its members) during the plenary panel session starting the summer school. The goal of this plenary session was to share our experiences and thoughts on science communication. The contributions varied from hands-on examples to more abstract presentations of what to keep in mind, including useful tips. The central aim of my presentation was directed at identifying the boundary between science communication and scientific communication. Or more precisely, showing that this border may be more artificial than we are aware of. By showing that everyone’s unique in his/her expertise and discipline, I provided the link between conference presentations and presentations for the general public. I traveled through my history of science communication, starting in the middle: with the Science Battle. An event, I wrote about before, where you are asked to explain your work in 15 minutes to an audience of 6-to 12-year-olds. Then I worked my way back via my blog and contributions to “Ik heb been vraag” (such as: if you drop a penny from the Eiffel tower, will this kill someone on the ground?) to the early beginning of my research: simulating STM images. In the latter case, although I was talking to experts in their field (experimental growth and characterization), their total lack of experience in modelling and quantum mechanical simulations transformed my colleagues into “general public”. This is an important aspect to realize, not only for science communication, but also for scientific communication. As a consequence this also means that most of the tips and tricks applicable to science communication are also applicable to scientific communication. 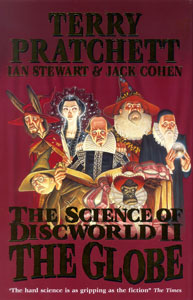 For example: tell a coherent story. As noted by one of my favorite authors – Terry Pratchett – the human species might have better been called “Pan Narrans”, the storytelling ape. We tell stories and we remember by stories. This is also a means to make your scien(ce/tific) communication more powerful. I told the story of my passion during science explained and my lecture for de Universiteit van Vlaanderen.

A final point I touched is the question of “Why?”. Why should you do science communication? Some may note that is our duty as scientists, since we are payed with taxpayer money. But personally I believe this is not a good incentive. Science communication should originate from your own passion. It should be because you want to, instead of because you have to. If you want to, it is much easier to show you passion, show your interest, and also take the time to do it.

This brought me back to my central theme: Science communication can be simple and small. E.g. projecting simulated STM images on the wall’s of the medieval castle in Ghent (Gravensteen) during a previous edition of the Ghent Light Festival. 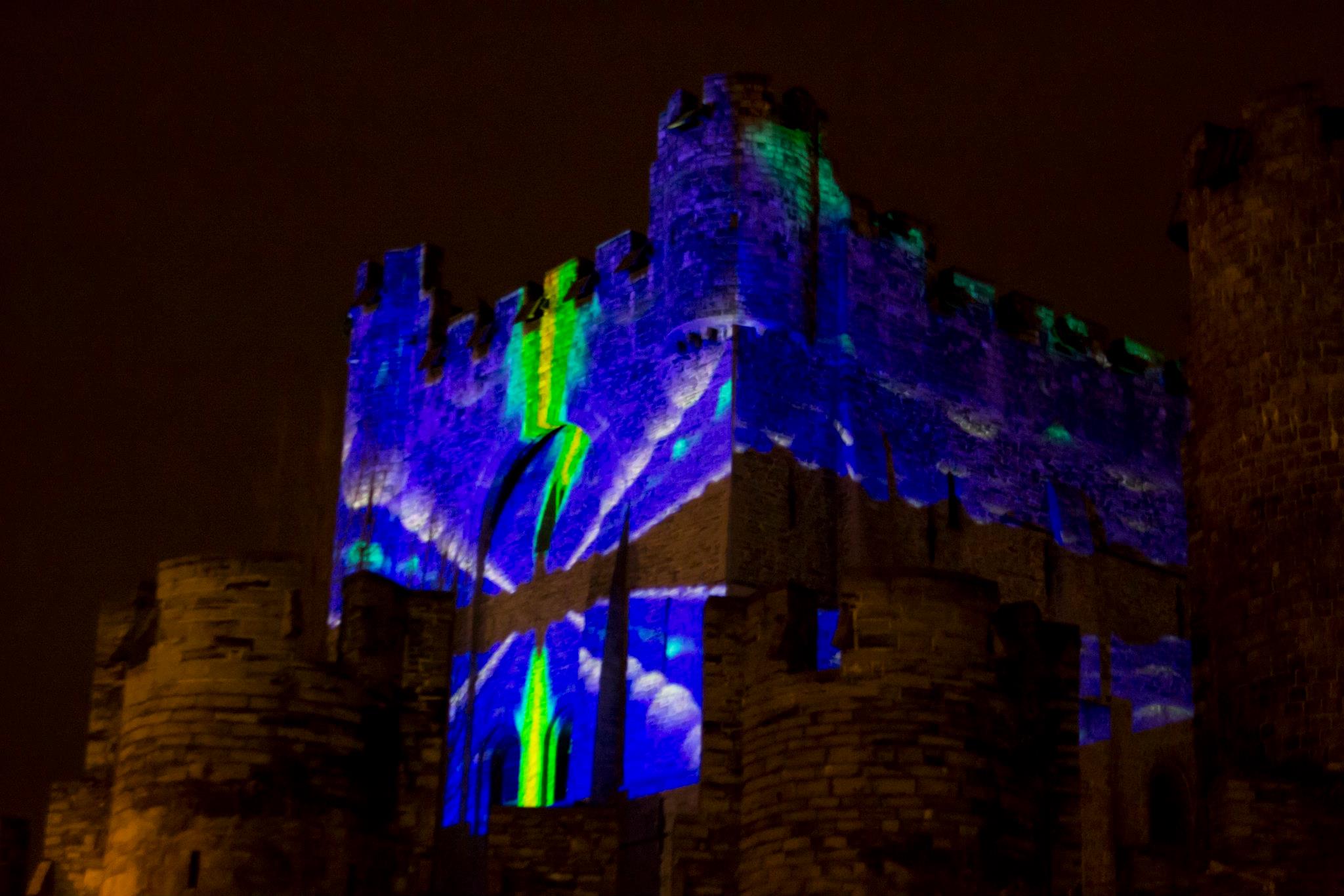 Simulated STM of nanowires projected on the Gravensteen (Ghent) during the 2012 Light Festival). Courtesy of Glenn Pollefeyt

Slow science: the case of Pt induced nanowires on Ge(001) 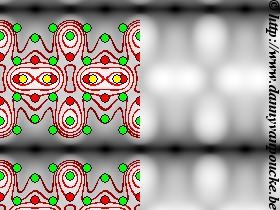 Ten years ago, I was happily modeling Pt nanowires on Ge(001) during my first Ph.D. at the university of Twente. As a member of the Computational Materials Science group, I also was lucky to have good and open contact with the experimental research group of Prof. Zandvliet, whom was growing these nanowires. In this environment, I learned there is a big difference between what is easy in experiment and what is easy in computational research. It also taught me to find a common ground which is “easy” for both (Scanning tunneling microscopy (STM) images in this specific case).

During this 4-year project, I quickly came to the conclusion that the nanowires could not be formed by Pt atoms, but that it needed to be Ge atoms instead. Although the simulated STM images were  very convincing, it was really hard to overcome the experimental intuition…and experiments which seemed to contradict this picture (doi: 10.1016/j.susc.2006.07.055 ). As a result, I spend a lot of time learning about the practical aspects of the experiments (an STM tip is a complicated thing) and trying to extract every possible piece of information published and unpublished. Especially the latter provided important support. The “ugly”(=not good for publishing) experimental pictures tended to be real treasures from my computational point of view. Of course, much time was spent on tweaking the computational model to get a perfect match with experiments (e.g. the 4×1 periodicity), and trying to reproduce experiments seemingly supporting the “Ge-nanowire” model (e.g. simulation of CO adsorption and identification of the path along the wire the molecule follows.).

In contrast to my optimism at the end of my first year (I believed all modeling could be finished before my second year ended), the modeling work ended up being a very complex exercise, taking 4 years of research. Now I am happy that I was wrong, as the final result ended up being very robust and became “The model for Pt induced nanowires on Ge(001)“.

Upon doing a review article on this field five years after my Ph.D. I was amazed (and happy) to see my model still stood. Even more, there had been complex experimental studies (doi: 10.1103/PhysRevB.85.245438) which even seemed to support the model I proposed. However, these experiments were stil making an indirect comparison. A direct comparison supporting the Ge nature of the nanowires was still missing…until recently.

In a recent paper in Phys. Rev. B (doi: 10.1103/PhysRevB.96.155415) a Japanese-Turkish collaboration succeeded in identifying the nanowire atoms as Ge atoms. They did this using an Atomic Force Microscope (AFM) and a sample of Pt induced nanowires, in which some of the nanowire atoms were replaced by Sn atoms. The experiment rather simple in idea (execution however requires rather advanced skills): compare the forces experienced by the AFM when measuring the Sn atom, the chain atoms and the surface atoms. The Sn atoms are easily recognized, while the surface is known to consist of Ge atoms. If the relative force of the chain atom is the same as that of the surface atoms, then the chain consists of Ge atoms, while if the force is different, the chain consists of Pt atoms.

And they found the result to be the same.

Yes, after nearly 10 years since my first publication on the subject, there finally is experimental proof that the Pt nanowires on Ge(001) consist of Ge atoms. Seeing this paper made me one happy computational scientist. For me it shows the power of computational research, and provides an argument why one should not be shy to push calculations to their limit. The computational cost may be high, but at least one is performing relevant work. And of course, never forget, the most seemingly easy looking experiments are  usually not easy at all, so as a computational materials scientist you should not take them for granted, but let those experimentalists know how much you appreciate their work and effort.