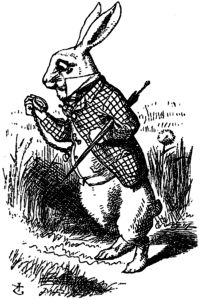 Yesterday, I had the pleasure of giving a lecture for the Universiteit van Vlaanderen, a science communication platform where Flemish academics are asked to answer “a question related to their research“. This question is aimed to be highly clickable and very much simplified. The lecture on the other hand is aimed at a general lay public.

I build my lecture around the topic of materials simulations at the atomic scale. This task ended up being rather challenging, as my computational research has very little direct overlap with the everyday life of the average person. I deal with supercomputers (which these days tend to be bench-marked in terms of smartphone power) and the quantum mechanical simulation of materials at the atomic scale, two other topics which may ring a bell…but only as abstract topics people may have heard of.

Therefor, I crafted a story taking people on a fast ride down the rabbit hole of my work. Starting from the almost divine power of the computational materials scientist over his theoretical sample, over the reality of nano-scale materials in our day-to-day lives, past the relative size of atoms and through the game nature of simulations and the salvation of computational research by grace of Moore’s Law…to the conclusion that in 25 years, we may be designing the next generation of CPU materials on our smartphone instead of a TIER-1 supercomputer. …did I say we went down the rabbit hole?

The television experience itself was very exhilarating for me. Although my actual lecture took only 15 minutes, the entire event took almost a full day. Starting with preparations and a trial run in the afternoon (for me and my 4 colleagues) followed by make-up (to make me look pretty on television 🙂 … or just to reduce my reflectance). In the evening we had a group diner meeting the people who would be in charge of the technical aspects and entertainment of the public. And then it was 19h30. Tensions started to grow. The public entered the studio, and the show was ready to start. Before each lecture, there was a short interview to test sound and light, and introduce us to the public. As the middle presenter, I had the comfortable position not to be the first, so I could get an idea of how things went for my colleagues, and not to be the last, which can really be destructive on your nerves.

…and down the rabbit hole we went.

Full periodic table, with all elements presented with their relative size (if known) created for the Universiteit van Vlaanderen lecture.