While I was working on my PhD-thesis on Pt nanowires at the university of Twente, one of the things I needed was a method for simulating scanning-tunneling microscopy (STM) images in a quick and easy way. This was because the main experimental information on on these nanowires was contained in STM-images.

Because I love programming, I ended up writing a Delphi-program for this task. Delphi, being an Object Oriented version of the Pascal-programming language containing a Visual Components Library, was ideally suited for writing an easy to use program with a graphical user interface (GUI). The resulting STM-program was specifically designed for my personal needs and the system I was working on at that time.

In August 2008, I was contacted by two German PhD students, with the request if it would be possible for them to use my STM program. In October, an American post-doc and a South-Korean graduate student followed with similar requests, from which point onward I started getting more and more requests from researchers from all over the world. Now, seven years later, I decided to put all “HIVE-users” in a small data-base just to keep track of their number and their affiliation. I already knew I send the program to quite a lot of people, but I was still amazed to discover that it were 225 people from 34 countries. 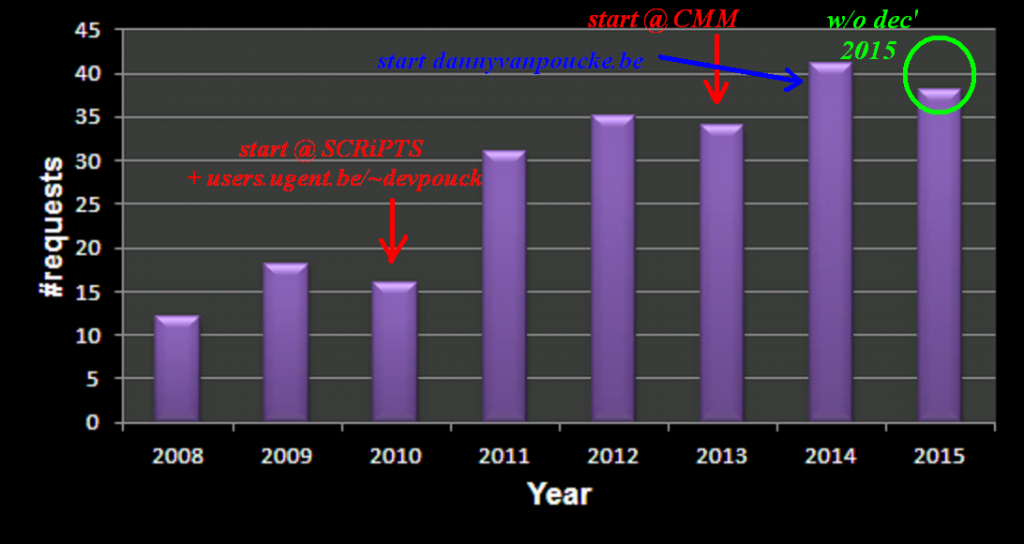 Bar-graph showing the evolution in requests for the HIVE-STM program.

There is a slow but steady increase in requests over the years, with currently on average about one request every week. It is also funny to see there was a slight setback in requests both times I started in a new research-group. For 2015, the data is incomplete, as it does not include all requests of the month December. Another way to distribute the requests is by the month of the year. This is a very interesting graph, since it clearly shows the start of the academic year (October). There are two clear minima (March and September), for which the later is probably related due to the fact that it is the last month of before the start of the academic year (much preparation for new courses) and, in case of the solid state community, this month is also filled with conferences. The reason why there is a minimum in March, however, escapes me ( 💡 all suggestions are welcome 💡 ). 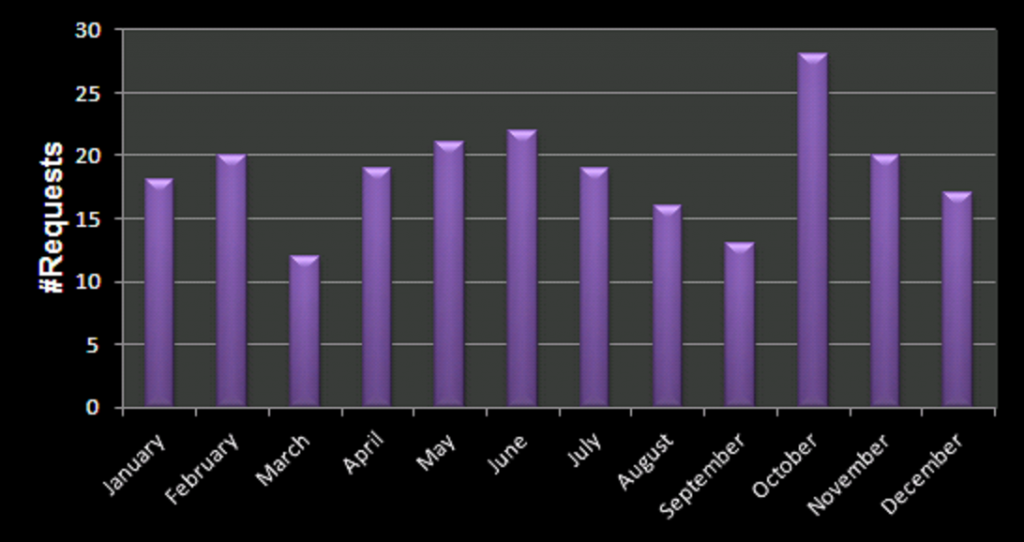 Distribution of requests for the HIVE-STM program on a monthly basis.

The geographic distribution of affiliations of those requesting the STM-program shows Europe, Azia and America to take roughly equal shares, while African affiliations are missing entirety. Hopefully this will change after the workshop on visualization and analysis of VASP outputs delivered at the Center for High Performance Computing‘s 9th National Meeting in South Africa by Dr. David Carballal. By far the most requests come from the USA (57), followed by China(23) and then Germany(15). South-Korea(14) unexpectedly takes the fourth place, while the fifth place is a tie between the UK, Spain and India(12 each). 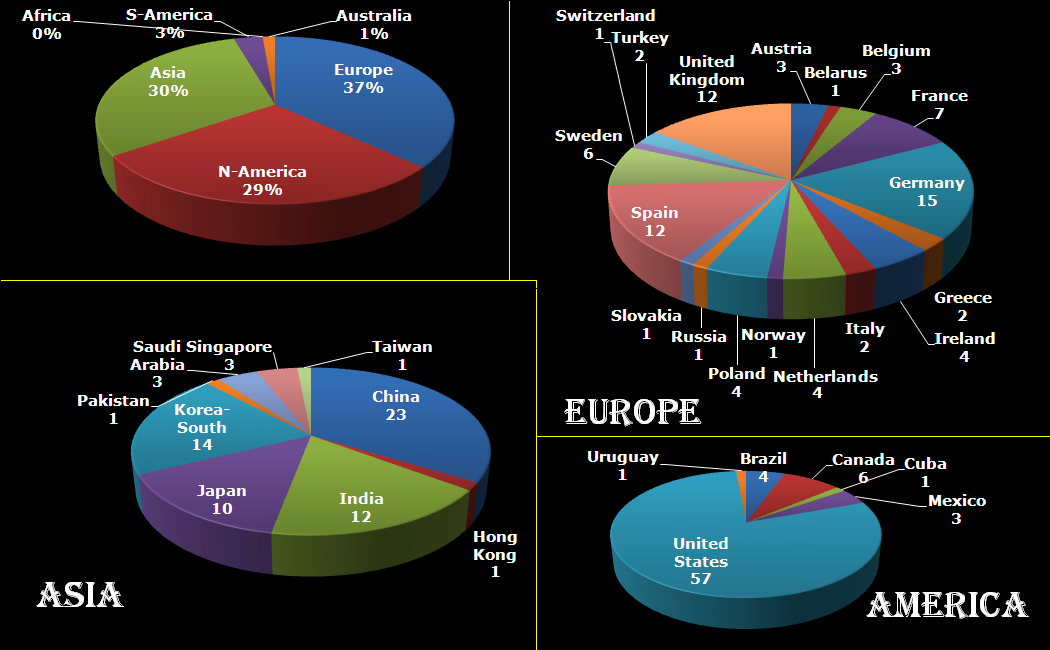 Distribution of Hive requests per country and continent.

All in all, the STM program seems to be of interest to many more researchers than I would have ever expected, and has currently been cited about 25 times, (which has in the mean time been done, check out useful link n°2).

Happy Hiving to all of you, and thank you for your trust.

Useful link:
[1] More information on the HIVE-STM program and how to acquire it.

[2] List of publications using and citing the HIVE-STM program.