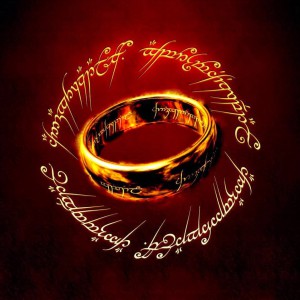 With the start of my new chapter, I also decided to finally buy a new laptop. It’s intended to replace the machine I used at work for the past six years, my desktop at home and my current little netbook. Of these the latter has been my true sidekick for the better part of the last decade. Although nearly all my calculations have been performed on various supercomputers in Belgium and The Netherlands, my little Asus Eee-pc 1000H, being one of the last vestiges of windows XP, was the one which I used to write nearly all of my publications, a PhD in Physics and in Chemistry, my FWO project proposal on MOFs, developed most of the HIVE toolbox, wrote the better part of this blog and website, developed and tested the agent-tutorials, and much more. In short, I did (and still do) protect it with my life.

With the unfortunate and in the end terminal shutdown of WIn XP (i.e. some people discovered how to detect the OS and link this to a kill event…just because XP no longer receives updates, and therefore suddenly becomes as leaky as a sieve 🙄 ) a new OS was needed. In addition, I also wanted some more resources for development (and just running a browser…It feels like programming skills are quickly deteriorating these days if you see how memory intensive even trivial applications are), so the new OS ended up being a new computer altogether. After some searching, I found the laptop which I hope to be using for the next decade: an Acer Predator 15. It has a nice intel skylake cpu (dual-threaded quad-core with 6Mb L3 cache, the 8Mb version was not to be found with the 32Gb of RAM I was looking for). The contrast with my netbook could not be greater, so I’ll be checking and comparing performance of my HIVE-code on this new machine to that on my old Asus netbook (dual-threaded atom cpu, with 1Gb of RAM) . This should give some interesting results.

Not having installed a new windows OS since 2007, windows 10 came as quite a shock (and the aftershocks are still coming.) It seems like privacy is a thing of the past. Anything you say, watch, type, draw is by default send to the home office, and distributed to third parties which may be interested in providing you “user specific content” (i.e. commercials 😥 ) This is in stark contrast to the days where people often installed several antivirus programs and firewalls to protect their data from hackers…now we just seem to throw that same information out for grabs. Then to say there are people who believe we are on the verge of the end of capitalism. I’m afraid they either are misreading the signs, or some are reading the signs very accurately and are collecting the new gold before it has been declared gold. I feel like I’m getting old, or just old-school.

One of the advantages of having lived through those early years where fear of internet-hackers and piracy were defaults, is that we also learned to get around all the same protections. Maybe you remember the irony of having to rip a CD to be able to simply listen to it because of all protection-software (and hardware when you rented it at the local library)? It seems those days are back. While installing some old games, I ran into a piracy-protection software (which is no longer supported due to security leaks) which blocked both playing and even installing the game. So you end up either buying the game through steam (as many will suggest you…why should I do that if I bought the game already…twice?) or installing it on an older machine, just brute-force copying the entire installed game, copying/installing missing dll’s and finding a no-cd crack (Yes, it is claimed as illegal, but since most machines these days come without optical drives I beg to differ), or figure out another way to play old games. In the end, you start with a feeling of victory before even playing a new round of Civilizations 4…which is nice and sad at the same time (it should not have been necessary).

Another interesting experience was the transfer of my emails from my UGent address to the UHasselt one. Mail-clients like Outlook and Thunderbird seem not that well adapted to easily handle such exercises (missing folders and emails upon copy-actions, which needed to be fixed manually), especially if you have a very extensive folder-structure. The most nasty problem I encountered when setting up accounts was the fact that the new UHasselt (gmail) account could not be linked to the thunderbird installation (even though the intermediate gmail-account for transferring my UGent mail was not that problematic). Apparently there was also a cookies option embedded in thunderbird itself, which should be switched on, woeps.

Two weeks after the start of my new chapter, most hurdles have been overcome. Nearly all necessary software has been installed (with or without the cooperation of the windows 10 OS  👿 ), my e-mail has been transferred, as well as 4Tb of data on the HPC systems (for which I am infinitely grateful to both the HPC teams of the UGent and UHasselt). Now it is time to start working again. Tomorrow, the diamond conference starts at the UHasselt, giving me the opportunity to quickly get involved in a new, additional field of materials.