Publish or perish: of predatory journals and open-access scams

In the current academic world, there are two often heard mantra’s: publish more and publish open access. In a world where there are ever more researchers competing for limited financial resources, distribution of these resources needs persistent justification. While funding agencies seem to be in a relentless quest for ‘excellence‘ in research (or just more publications, because that is easily quantifiable), a new side-quest has emerged: ‘open access publication’. This side-quest can either be considered as a move against scientific publishers requesting huge subscription fees from universities or as a further way of justifying what is being done with tax-payer money (with open access the tax-payer can go find out him-/herself ). 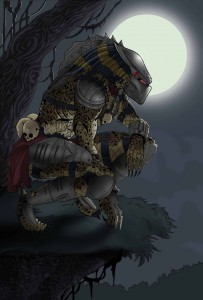 The publish or perish culture has lead to the birth of predatory journals and publishers. These journals more and more act as regular journals (e.g. promising/claiming peer review). However, in the end, as long as a publishing fee is paid your paper will get published. Researchers of ill intend can easily get their work published in such journals and as such inflate their CV. Unfortunately, also poorly informed researchers, with no ill intend, can be trapped by such journals. These journals use rather aggressive mailing campaigns (I generally get a few of these e-mails every week on my academic mail account) and present journals with names rather similar to well established journals. Luckily, after a while you start to recognize the usual predatory publishers such as scirp, bentham science publishers or hindawi publishing. The setup of their mailings are rather similar. There are two main types: the professional journal type and the personal interest type. The first setup starts by presenting their journal as brand new and of high interest to field, indicating that the journal is indexed in several listings (giving it the impression of validity) and finally that there is a publishing charge (which generally isn’t that steep, 100-200$). The second type approaches you noting they have read one of your recent publications, and consider it to be of great quality and interest to the world. After sufficient flattery you are then invited to publish new work with them (which can be done at a special discount).

Lately, with the recent quest for open-access publishing (funding agencies/universities requiring of their researchers to publish open access*) these predatory journals moved on. Nowadays, you do not need to pay for publication any longer, you now pay for the “open access” of your work. In my case, the most recent invitation was by intechopen. I was invited to write a chapter in a book on Metal-Organic Frameworks, and since it is open access, it would only cost 670€ in processing charges. No thank you. After a reminder by the publishing process manager I put in the effort to check if they are already blacklisted as a predatory journal/publisher, and yes they are: Jeffrey Beal’s list of predatory publishers. (For the record, if you are invited to write a paper/book-chapter there should be no page/processing charges at all, on the contrary you should actually get a (small) fee.)

How to discern a legitimate journal from a predatory journal?

This question is becoming harder to answer every year. With open access, also regular publishers have discovered a new gold-mine which they are rather eager to excavate. Also with the huge flood of publications that all need to be reviewed by multiple referees, quality in that area starts to degrade slightly but steadily. So what to do?

*They, however, tend to have conflicting standards in this regard. You are on the one hand encouraged to publish in high impact journals and you are required to publish open access. On the other hand however, no additional funding is provided to pay for the open access costs in high impact journals. These costs are often several thousand euros for one publication, or more than half an FWO bench-fee which is to be used for visiting conferences, buying lab equipment or computational resources.